Pesticides, herbicides and fungicides are toxic by design. They are designed to kill, reduce or repel insects, weeds, rodents, fungi or other organisms. Regretfully there are chemicals that kill just one specific species. This holds true for organic pesticides and herbicides as well. Organic pesticides that target mosquitos or ticks, kill beneficial insects as well.

If you work with landscaping chemicals you should know:

most likely due to pesticide use.

A healthy environment creates its own pesticide management.

The Risk to Humans

The health risks of pesticide use are debated. Scientist argue on what should be considered safe or not. Here is what we know:

Insects and wildlife can be impacted by pesticides through direct or indirect applications, such as pesticide drift, secondary poisoning, runoff into local water bodies, and groundwater contamination. It is possible that some animals could be sprayed directly, while others consume plants or prey that have been exposed to pesticides. Exposure to pesticides can also alter an organism’s behavior, impacting its ability to survive. Many deformations have been found after exposure to hormone-mimicking pesticides classified as endocrine disruptors. Reproductive abnormalities have been observed in mammals, birds, reptiles, fish, and mollusks at levels considered “safe” by the Environmental Protection Agency (EPA). 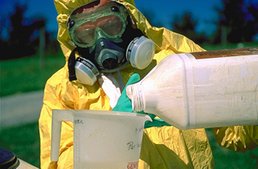 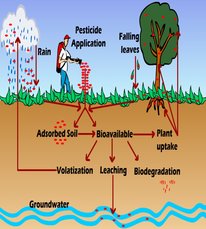 A growing body of epidemiologic and animal data and research studies suggests a link between long-term pesticide exposure and: 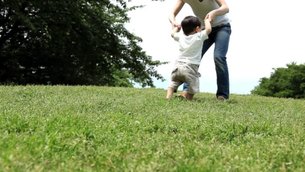 Children are especially at risk, due to their size and developing brain. How do children get in contact with pesticides?

The simple fact is, if you plant plants, shrubs and trees in the right place you will not need pesticides. If pest investations are recurring you should question yourself why this plant or tree is so susceptable? Maybe it is time to replace that species with another one, that will do better in that area.

Visit our pages Planting and Reduce Lawns for more information about this topic.

Gas-powered machines are damaging and cause serious pollution. Electric models have improved >

Look for plants that suit the climate and location. Plant at the right times. Use natives to support birds and pollinators >

Conventional and organic pesticides are harmful. There are more sustainable ways to fight pests >

Leaf mulching reduces the need for fertilizer and pesticides; it also reduces the pollution from leaf blowers >

Lawns are the biggest and most toxic crop in the USA. Reduce some turf in favor of plants and flowers >

How to make your landscaping practices more sustainable, and how to offer these services to your customers >

Looking for a sustainable landscaper or landscapers with specific services? visit our directory
Receive updates about events and programs in Your Area
Find Beautiful Sustainable Gardens In Your Area
Who are we? learn more about the people behind Healthy Yards.